The Chicago Board of Election Commissioners was ordered to make every polling place compliant with the Americans with Disabilities Act nearly six years ago, but it still hasn’t done so.

and a third of the city’s 50 wards had no sites considered compliant with the Americans with Disabilities Act.

For several election cycles, I was part of a group of volunteers who go out to check accessibility of voting sites. There really are some tough issues to crack, but sometimes it's also the people running the polling place just not being mindful of what they need to do.

And there are obstacles before you get to polling places too. For example, another park fieldhouse was new and fully accessible. However, there was construction on the sidewalks leading up to the building that made it very difficult to traverse for all but the fully able-bodied.

It's a tough problem in a city this big, but it needs to be solved.

And hence we lose a bunch of polling site options - and in our case making someone go 4 blocks away due to having stairs to reach the room where the voting takes place.

Resulted in about a 50% decline in voters for our Precinct for both Junes and Nov's vs previous comparable elections.

Improving this is important. But I really hope they don’t pick the solution of removing voting locations as the cheap fix. 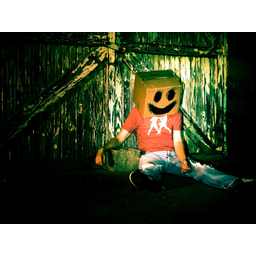 My wife is an architect, she is the only one in her office that has her ADA compliance certification or w/​e it's called. The amount of buildings in this city that are not up to ADA code is ridiculous and she is always pointing them out to me!