A woman who appeared to be homeless set a 70-year-old Metro rail passenger on fire in an unprovoked attack in Pasadena over the weekend, officials said. Los Angeles County Sheriff's Department responded to an assault call on the L, or Gold, Line...

People are on some different shit now. The trains are so crazy lately with all kinds of nasty scenes and dangerous situations.

It’s like Naked Lunch — there is no humanity left in some people, they are just bags of organs dependent on getting a fix and getting lost in the high.

Wait this is the SECOND time a homeless person has set someone on fire this month?? Wtf

A woman who appeared to be homeless set a 70-year-old Metro rail passenger on fire in an unprovoked attack in Pasadena over the weekend, officials said.

Los Angeles County Sheriff’s Department responded to an assault call on the L, or Gold, Line train at Lake Avenue around 10:55 pm Saturday. The unidentified woman had said something to the passenger and he ignored it, said Ramon Montenegro, a spokesman for the sheriff’s Transit Services Bureau.

She then squirted the man with a flammable liquid and set him on fire with a lighter. Other passengers rushed to help, using their jackets or whatever they had on him to snuff out the flames, Montenegro said.

The two did not appear to know each other. The suspect in this case was arrested, and the victim was transported to a hospital. He is in serious but stable condition and expected to survive.

The incident is one of a string of cases in which homeless individuals have attacked Metro riders or workers."

Not surprising. Red line was totally wild last week with people smoking on every train. These three gals smoked a joint and then a cig before pulling out like an ounce of meth. Used to at least have police checking fare. Something fishy is up…

I've had multiple bad experiences on LA public transit, but the worst was when I had the headphones slapped off my head for ignoring a man on the bus who was trying to get my attention (and lowkey touching himself). He then proceeded to pace the aisles screaming at and about me, hit me again, then spit on me. The bus driver pulled over and I ran out the back door. The man tried to chase me into a 7-11 but he knew the cops were coming so he fled. I'll never ride public transit in LA again.

Let them know how you feel, folks! Attend a meeting, write them an email, or give them a call.

I can’t believe how crazy things have gotten. I mean riding the metro has always been a little wild but when I was young I use to take the bus all over LA. To school, to DTLA I’ve even gotten lost in it by getting on the wrong bus and it wasn’t bad. I had to use to bus because my car was getting fixed a while ago and yea never again. The amount of shit I seen and being harassed by homeless men was enough. I had one get so close to me I thought he was going to stab me. I’d rather pay for a lyft or buy a bike if I didn’t have a car.

C'mon. They're lighting people in fire now. Ill sit in traffic in my car on the freeway and happily avoid these places. Whoever is responsible for keeping public transport safe needs to get it together 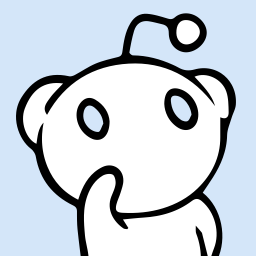 And this bullshit is part of why Metro will continue to struggle attracting riders (even when gas prices are at $6+ a gallon!)

The gold line was supposed to be the safe one!

Start a Transit Police Department? A lot of huge cities in the east have them. NYC, Philly, to name a couple.

Ah, a wonderful interaction with a fine roof-challenged member of the community.

What do LA cops do with their 3+ billion budget? Just curious

I’ve seen some shit on the public access trails as well like the Rio Hondo trail. Wish they would patrol better.

Would like to hear from the “but the homeless need to consent to housing, drug and psychiatric treatment” folks

Meanwhile the city is doing everything they can to get cars off the road.

Like how about making it a clean and safe environment first?

City of LA be like “why doesn’t anyone use metro?”

This is the main reason I don’t support free transit in LA at this point. Metro/​the City need to start using fare checks as a means to keep people who are dangerous/​on drugs off the system and redirect them to facilities that can help them. Cuz allowing them to use trains for free as a rolling drug den helps nobody.

We should make a large compound and force homeless to live in there if they have nowhere to live but public places. It's far past an emergency situation.

Personally I have used the redline to DTLA for 20+ years as its easier and I hate driving. Most days I drive in tho as between covid and crazy homeless people I prefer to drive for an hour and pay for parking. I used to carry pepper spray and a stun gun on the metro. Much as I hate driving and the cost of gas and parking I would rather avoid situations where I need to defend myself.

Well this is fuckin' awful, and yet another example of why Los Angeles needs a dedicated transit police force. That said, some of y'all are in here trying to make the Metro sound like fuckin' Thunderdome.

We've reverted to the wild west. Smith & Wesson is law once again.

And they keep on trying to push for public transportation in these cities. Nope.

I think we need a lawsuit against the Metro board of directors for gross negligence. They are nothing but a bunch of rich entitled socialites that got their positions through campaign donations and keep Metro as shity as it is through nepotism and ignorance.

Yes, Metro needs vast improvements regarding safety and these kinds of incidents are traumatizing, but don't forget the LEAST safest form of transportation: driving.

I encourage anyone riding Metro to report any incident to Metro relations with pictures if needed. Things will not improve unless we ask them to.

How many COVID deaths are ‘acceptable’? Decision necessary to move to post-pandemic world