Loathing tech workers seems ingrained in San Francisco culture, as much as mocking under-clad tourists in August. A San Francisco Chronicle/SF Next poll of more than 1,000 city residents showed that people who believe the influx of tech companies...

Tech’s prosperity boosts the city’s general fund. In 2021-22, San Francisco collected $1.27 billion in business taxes, more than triple the $354 million in 2009-10, Egan said. Some business tax laws were changed during this time.

It's sad that we had a huge influx of money into the cities coffers and I can't really point to anything meaningful they did with it. It's wild to me that for as wealthy (and small) of a city San Francisco is there's still so many problems. The local gov't just can't seem to get out of their own way. Tons of arguing about the right way to address a problem and no meaningful action taken.

Tech bros are just boogieman for the progressives. Now that a large swath of the techies are gone for good, I wonder who they are going to point the fingers at for the rising cost of housing in the face of not building.

I am a techie, lived in the city for 10 years. I use to be conscious about people not liking me for my profession, but then I realized, in public ( and not online ) I met a total of 1 person that told me they disliked techies, just 1. I am sure their are more but a lot of times the minority is the loudest.

It would be ridiculous. First, most (or well, many, I don't have stats) aren't citizens, so we get to pay taxes but can't vote at all. So you can't blame us for anything political. We give a lot of money to the city but the representative were elected by long timers, not newcomers.

Second, we are workers like everyone else. We do have more income that some jobs (but not more than say, doctors, attorneys, etc - which have been around forever but don't get the fame) so we haven't been displaced out of the city yet, but given that we rent in non rent controlled places (we arrived too late) we pay outrageous rents that increase massively each year. My renewal notice is +10%. So someone else will take the apartment where I live soon, since I can't keep up.

Buying a house here is pretty much a dream. You need two tech salaries, a green card (which people from India and China might get after many many years of being in the US)...

Anyway if you are a worker and you blame another worker with whatever is wrong with the city... you're just looking at the problem the wrong way.

Only in SF... A huge influx of highly-educated-high-income tech workers is actually a major problem???

Quick everyone! Let's struggle to reconcile our anecdotes with a random droplet of data about our 800,000 person city! 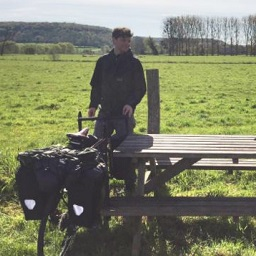 Of note, a majority think it's favorable across all income brackets, and regardless of whether they own or rent their residence.

The problem with SF is more complex than that. The techies are not the main blame. They are part of the blame. When you have a city like SF that doesn’t build housing or takes a long time to build housing, you are causing a low supply.

What happens was the techies sped up a problem that was already happening in SF. SF doesn’t build housing but there isn’t demand. Techies come, demand goes up SF can’t catch up and don’t want to catch up.

The point is: the restrictions and not building cause the prices. The techies only sped up the process with the demand because they were high income earners that were injected into a city with small housing pool.

In my head, I always taught the solution was simple. Build more and expand tech workers through the USA with remote work. They can code and do their work else where or where they want to live because their job allows it. You don’t need to sit in a cube to code for 8 hours.

It’s ridiculous to force techies to live here as much as its ridiculous not to build. Side note: I know techies that never wanted to move here but were force to because most tech jobs are here.

Ruined? Like as in Jacksonville Mississippi ruined? I think not.

sfgate.com · a year ago